This post is from Bereavement Coach Associate Siobhan Clarke who discusses how and why we should be more open about a person when they’ve died.

Don’t speak ill of the dead

The Latin phrase is ”De mortuis nihil nisi bonum” – “Of the dead, [say] nothing but good” – a phrase coined by Chilon of Sparta ca.600 BC. It’s amazing what Google can tell you.

All I know is that I was raised in an Irish Catholic household where you most certainly did not speak ill of the dead, indeed if you spoke of the dead at all you swiftly followed mere mention of their name with a speedy sign of the cross and a muttered “May they rest in peace”.

People that were generally acknowledged to be utter twits while among the living underwent a transformation on dying that was akin to Beatification (it’s the process of making a saint, I paid attention in Religious Education). Which, even as a child, confused me. Why were we all being nice about this person now? And not just nice, positively glowing in our praise?

Reasons to be nice

Being a lot older, and ever so slightly wiser, I do get some of it now.

I don’t know the guy you’re talking about 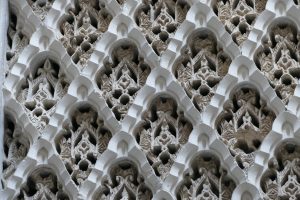 But here’s my problem. I’m not advocating dismantling the reputation of someone who’s not here to defend themselves. I’m taking issue with losing the complex, messy reality of the person who’s died because I think that this makes the grieving process harder.

When everyone is talking about what a wonderful person they were, what a great daughter, a perfect wife, a super father, the best mother, a cherished colleague – it makes it hard for those closest to them to grieve. Because they knew and loved the imperfect human, they will have stuff left over from loving that real person that doesn’t fit with their new, stainless reputation.

To process grief, to move through it and to accommodate that loss in our lives, we need to be able to talk about the reality of what we’ve lost, not the airbrushed version. If people don’t let us do that, there’s nowhere for it to go and we can be left feeling guilty and stuck with our thoughts and feelings.

I drew the most comfort from people who took the time to share real memories with me, ones that found a smile at a time when they were in rare supply (there was one about snoring that anyone who ever camped with my husband would definitely relate to).

I think that if you can share a real memory, even if the deceased person doesn’t come out of it looking particularly shiny, then that helps. Because you’re telling me that we’re missing the same person, and that means I’m a little bit less alone in that, and that I have a space with you where I can grieve the imperfect whole.

And if it was a colleague?

We’re humans at work too so it’s important that we get the space to process and grieve when death and loss impact on our workplace. 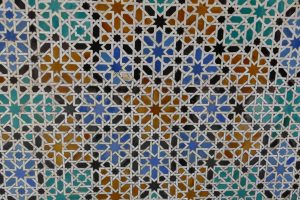 It’s essential as a manager to be aware that real divisions can emerge when a colleague dies. There will be those who ‘beatify’ the deceased and those who didn’t get along so well with the deceased. Resentment can build as there could be some thoughts of “why are you being nice about him/her? You never liked them in the first place”, and others of “I can’t stand the way everyone is painting him as a saint, I never liked him. I feel forced to collude with this myth making”.

A supportive team leader or manager will make space for the team to share memories of the person who’s died and, for those individuals who have different feelings to express their views so that tensions don’t build.  A person can still be saddened by the death of a colleague even if they didn’t have a good relationship with that person and it’s important that this is acknowledged.

Honest, open communication is one of the best ways to process what we are thinking and feeling. That doesn’t change just because we’re in the office.