Approximately 600,000 people die in the UK every year (based on statistics from the Office of National Statistics data for 2016, 2015 and 2014).  Even if just two people were affected by each death, over a million people in the country would be affected by bereavement in any given year.

Unless you’ve suffered from a variety of bereavements yourself you are unlikely to be able to anticipate how people will behave when they first encounter grief in its many forms, which could include not only the death of a loved one, but the ending of a relationship or even the loss of a role within a business. 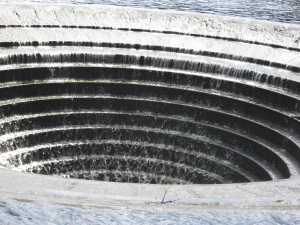 Grief is not a linear process and, therefore, managing bereaved people is challenging. Grief may be heightened at the time of key anniversaries such as birthdays, Christmas and the anniversary of the date of the death or funeral. Also, if an individual has experienced loss through sudden death, they are likely to go through a period of shock before they start grieving.  Whatever the circumstances, you may find that the individual will want to return to work as soon as possible for a sense of normality, whilst others will not be able to face work and may even take time off sick.

Regardless of the amount of time off you provide, grief is often a long drawn out process. Expect people to go through the various stages such as denial, anger and depression and, if you suspect someone is struggling, suggest that they see their GP and seek bereavement counselling or find a private bereavement counsellor through the British Association of Psychotherapists and Counsellors.

How much time should people get off work? 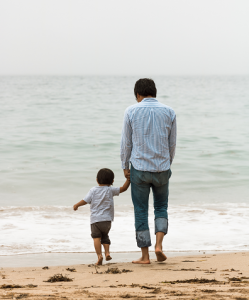 ‘How much time can I have off for bereavement leave?‘ is one of the most searched for questions on the Internet related to bereavement. This is possibly because, with the exception of new  parental bereavement leave for parents who have lost a child under the age of 18, there is no set period of time that individuals are entitled to.  The Employment Rights Act 1996 stipulates that workers are entitled to a day off for emergencies involving dependants.  The UK Government suggest this should be one or two days and there are no statutory rights for employees to be granted paid leave (except for parents as detailed below).

On 6 April 2020 the Government’s new bill ‘Parental Bereavement (Leave and Pay) Bill’ came into place giving  parents in England, Wales and Scotland who lose a child below the age of 18 to 2 weeks paid leave from 2020 . Many companies will have guidelines around the length of time they allow for parental bereavement leave and all other compassionate leave in the meantime.

To support your employees and to ensure transparency and fairness, it’s a good idea to put in place a bereavement policy if you don’t already have one. In it, stipulate how much time a member of staff can have off work (paid or unpaid) if they suffer a bereavement and under what circumstances. Remember that some people will have the responsibility of activities such as having to register the death, organising the funeral or managing the deceased’s estate, and may even find themselves in the position of carer for a remaining relative, so be prepared to be flexible if possible.

In terms of managing performance, individuals will often suffer a loss of confidence and may seem to be functioning rather than performing. Make sure that you provide regular positive feedback, even if you are frustrated with the person’s performance. Start with small things the individual has managed to do well.  When the individual has returned to work sit down and agree what would work for them best and set clear immediate objectives and review progress on a month by month basis until you are sure that the individual is coping. 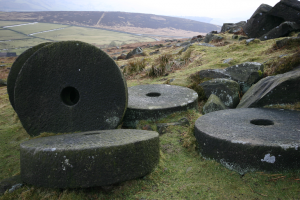 There may be days when the individual just can’t cope but may not feel able to tell you, which may result in days taken off as sick. This could be a warning sign: check to see what’s happening with the individual. People are often afraid of losing their jobs if they show they can’t cope (with good reason), yet once they’ve recovered can prove to be an invaluable asset.

Consider offering bereavement sabbaticals offering staff a period of unpaid leave. This may sound impractical, but if a member of staff is struggling or just wanting to spend more time with their family, it may prove easier to manage through a structured approach of agreeing, for example, 1-3 months off rather than losing that member of staff to indefinite sick leave.

You may have to agree to a phased return or different working patterns if an individual suddenly finds themselves needing to take care of a dependent. Changes may only be short term or indefinite. Remember that each person’s circumstances and response to grief will be different and some people will want to attempt to carry on as if nothing has happened.

All of this may impact on the workloads of others.  I’ve heard people saying things like ‘She just isn’t there’ and, unfortunately, the experience is that an individual can function but there is often something missing with their work while they go through the grieving process. Make sure that other employees are being supported and supportive to avoid resentments or undue criticism of the individual.  While most organisations can ill afford to carry people while they are grieving, taking a supportive approach will be more conducive to the individual staying in the business and returning to previous levels of performance than if the workplace is lacking in compassion.

A 2014 survey of over 4,000 adults in the UK found that 32% of people who had been bereaved within the past five years and who were in a job at the time did not feel they had been treated with compassion by their employer. And 56% of those surveyed said that they would consider leaving their job if they were not treated with compassion. (Source: research carried out by ComRes for the National Council for Palliative Care and Dying Matters )

Tips: What can you offer to a bereaved employee?

A flexible approach to returning to work

A transparent policy on bereavement leave. One of the most searched for questions on bereavement is ‘How Long Can I Have Off’. Grieving individuals do not want to have to ask this question, if you don’t have a policy make sure as a line manager the individual knows straight away when they are expected back. Bear in mind that if individuals can’t cope they may resort to taking sick leave

If you have a counselling service make sure your employee knows how to access it. If you don’t monitor your employees ability to cope with life in general and if they appear to be struggling suggest they consider accessing bereavement counselling through their GP or privately through the British Association of Counsellors and Psychotherapists. There are also charities such as Cruse that specialise in providing support

Once the employee has returned to work and settled into a new reality, monitor their performance. Agree a way forward with them, would it help if they had some short term objectives? Or do they want to try and carry on as they had prior to the bereavement?  Bear in mind that they may want to appear as if they are coping and you don’t want to undermine their confidence. Explain that you are looking for ways to support them rather than monitoring their work for mistakes 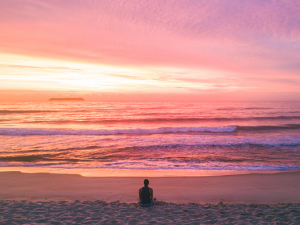 Consider offering management development coaching, if appropriate, to provide impartial support and a neutral person for the individual to confide in about how they are or are not coping

Beware of the legal pitfalls

The Parental Bereavement (Leave and Pay) Act 2018, which comes into law in April 2020, will automatically entitle any parent who’s child dies to 2 weeks paid leave off work.

For some employees the effects of grieving can lead to mental ill-health such as depression or post-traumatic stress disorder.  If this condition is long term, which is generally defined as lasting or likely to last a year, and the impact affects the employee’s ability to undertake day to day activities, this employee could be deemed disabled under the Equality Act 2010. The employer has a duty to make reasonable adjustments for a disabled employee and so may need to consider measures such as adjusting work loads or working hours. 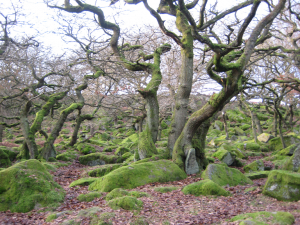 The ACAS Guidance, “Managing bereavement in the workplace” is a good practice guide which was published in September 2014 and deals with a number of issues including good practice when dealing with bereavement, avoiding discrimination and addressing bullying.

Many religions have their own particular funeral rights and bereavement rituals. For example, Muslims, as with several other religions, must bury the dead as soon as possible which can mean taking leave at very short notice, possibly to attend a funeral abroad. Hindus are required to mourn at home for 13 days, Jews for 7 days. The Equality Act 2010 protects employees from discrimination because of their religion or belief and so employers must try to accommodate the employee’s religious customs as best they can. Unless the employer can objectively justify their decision to turn down an employee’s request for extended bereavement leave it may amount to indirect religious discrimination under the Equality Act.

Female employees who suffer a stillbirth after 24 weeks are entitled to up to 52 weeks statutory maternity leave and/or pay. Similarly, the subsequent death of a child born alive would not affect the mother’s entitlement to maternity leave.

Remember to check any bereavement policy and practice with your employment law specialist.

Visit our Services pages to find out how we can help your organisation or contact us.

Send us your tips