In this post, we hear thoughts about grieving from The Bereavement Coach Associate Siobhan Clarke and how a few carefully chosen words can go a long way. 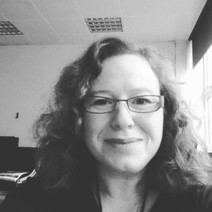 Recently I’ve been thinking a lot about death, bereavement and grief. That sounds awful doesn’t it? But having joined forces with The Bereavement Coach, and having experienced the warmth, comfort and positivity of running our first Grief Awareness Workshop I’m here to tell you that it isn’t awful. It can be a sad conversation, a hard conversation but it can also be a funny one, even a joyful one at times.

And it’s a conversation we need to have.

Death is part of life, we will all experience the loss of a loved one at some point in our lives, and it will hurt. What makes us hurt less, go forwards better, survive and thrive, is the support and understanding of the people around us. Which is why I think the conversation about supporting the recently bereaved in the workplace is an absolutely vital one, because unless you’re very lucky you spend a big chunk of your time there. 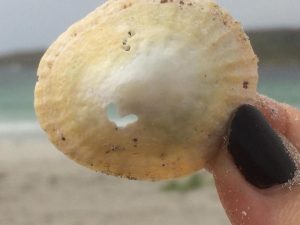 In that spirit I thought I’d write about that, going back to work after a bereavement, and the things I know now that I really, really didn’t know then.

My parents died within 4 months of each other when I was 19. So, when my husband died suddenly when I was 39, part of me genuinely seemed to think that I knew what to expect, that I knew the name, shape and size of the tidal wave coming towards me. I didn’t.

I think this is what makes it so hard for us to talk about death to others, to talk openly to people experiencing bereavement. Because if we haven’t had that experience we don’t know where to start, and if we have had that experience it is so personal, and so unique, that we feel we can’t begin to share it.

We don’t have the language

You’ll notice that I say “death” more than I say “loss” or some other word. My pet hate swiftly became “I’m sorry for the loss of your husband” each time I heard this my inner voice was chucking a blue fit and yelling “I didn’t lose him! I haven’t left him in Sainsbury’s carpark. He’s dead you Muppet”. (Well I wasn’t saying “Muppet”, but fill in your own word…) Of course, I didn’t say this out loud, people were doing the best they could with what they had and the sentiment was genuine. And they were at least better than the people who avoided talking to me at all because they had no clue where to start.

We need to get better at this, better at making a genuine human connection with people in grief and pain. The best exemplar for me was someone who I didn’t know well at the time. She walked up to me and said, “I know I don’t know you well, but I heard about Pete dying and I can’t begin to find the right thing to say. I just didn’t want to be the person who didn’t say anything. I am just so sorry that you and your kids are having to go through this.”

It felt real, it felt human, it felt honest and it felt kind.

Going back to work is overwhelming 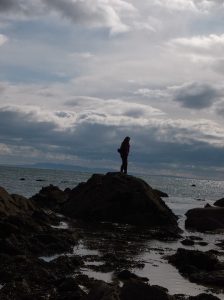 The decision about when to go back to work is deeply individual and context dependent. How much time do you get off? Will you be paid? Can you face going back? Can you face staying at home?

I was lucky, the business I worked for put no pressure on me about getting back to work, my boss made it clear that it was my choice. I decided to wait until after the funeral thinking that then I would have seen everyone I needed to and it would just be work. Yeah.

I have an incredibly vivid memory of driving up to the gates and feeling an overwhelming urge to turn the car around, a wave of pure dread about having to face everyone. Getting out of the car and walking into the office is one of the most difficult things I’ve ever done.

Those first few days were difficult to get through, many, many people stopped me to express sympathy, give their condolences, and all I wanted to do was to run away. Fortunately for me, the team I worked in had either talked it through, or developed a hive mind, but either way they made our office a safe space for me. A place where I was treated gently, but treated as me. A place where (heavens above) there were still jokes and gentle teasing. (thank you guys)

Grief and loss fundamentally change our worlds, our perspectives. There are days when being up and dressed feels like a massive achievement. And you’re still you. Somewhere in all of that, it helps when people remember that you are not defined by grief and loss.

Talk to me about what I want, don’t guess

Fear of upsetting someone who’s grieving can mean that you don’t have the conversations with them that you might normally have. The ones about taking on a new project, delivering a piece of work, meeting a deadline. The ones about childcare, Christmas, and how they’re dealing with loneliness. Having to start some of those conversations yourself can feel unnecessary, feel like it’s being made harder at a time when you have really limited resources. Having to correct people’s assumptions about what you would and wouldn’t want takes energy you don’t have.

The short version is, if you don’t know what someone wants, what they’re ready for, talk to them. Yes, you might end up dealing with tears, (and oh my word, we really don’t like emotion in the workplace do we?) but don’t let that scare you.

There is no point when you are ‘Over it’ 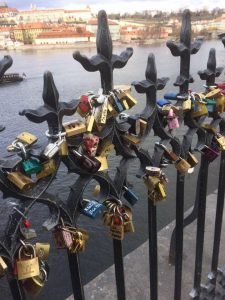 I called this post “Time heals all wounds?” because that has been my biggest piece of learning from the deaths of loved ones that I’ve experienced, and from the experiences of others that I’ve been talking to. There is no point where you are “Over it”.

There is no point were knowing that I can never speak to my mother, or my father, or my husband again doesn’t carry an emotional load, a point where there is no sadness sitting with that thought. I loved them and I miss them.

So, don’t assume that because it’s been a year they’re “Over it” (and for the love of God never say this out loud). Be sensitive to the experiences and context of the people you’re working with, someone who seems to be through the worst of it can be a hair’s breadth from dropping right back down into it. And if they do, hold the space, it’s OK they’ve worked out how to do this now, we just need you not to freak out about it.

One thought on “Time heals all wounds?”