This week’s blog has been written by a guest writer who has shared their story and discusses why good management matters for the bereaved.

In 2007 I was emerging from the shock of an unexpected divorce after being with my husband for over 20 years. On the brink of turning 40, I was coming to terms with the fact that the future I had planned and expected would now be a very different one. I went through a pattern of emotions similar to those experiencing bereavement – shock, denial, anger, and eventually acceptance. 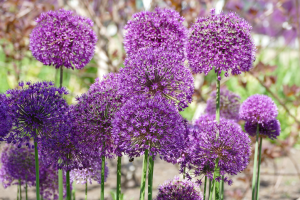 In the immediate aftermath, this felt like the worst thing that could happen in my life. However, 18 months later my Mum, to whom I was very close, and aged only 65, was diagnosed with cancer. We thought we could fight it. We believed that positivity and love combined with good medical treatment, and the fact that my Mum was such a good, good person, would mean a tough battle, but one that we could win together. As a family. But 9 short months later we collectively lost that battle, and she died, leaving a grief-stricken widower and two children now without a compass for life. The pain, devastation and shock were indescribable and nearly 9 years later, continue to be.

The first year was the toughest

The thing about grief brought about by bereavement is that it’s really hard to move on. Forward, possibly. On, not that straightforward. The grief is always there, and can suddenly cause a melt down, when least expected.

I found the first year the toughest. All those anniversaries to get through. Christmas – there’s always someone missing; her birthday, my birthday – the first ever without a card specially chosen and sent by her – Easter, Mothers’ Day… Those awkward conversations with well-meaning colleagues asking what you’re doing to celebrate Mothers’ Day… The reflex so deep-rooted, of reaching for the phone to call her at any time to share an amusing anecdote, ask for advice, or just to have a chat. Mum would have known how to get that stain out of a favourite item of clothing, or how to make a recipe work, or how to cheer me up after a difficult day. Not any more. Death is so very final.

Before she died, I was able to share with Mum the good news that I had secured a new job – a really great opportunity, with prospects – back close to the family home. It meant selling my marital home and moving, but there was relief to all of us, knowing that I would be living close to my Dad, and that we would be able to support one another through the initial period of post-Mum darkness.

During the last few weeks of Mum’s life, I was in regular touch with my new manager, to whom I explained our situation and who was incredibly supportive and understanding. My employer was, to my relief, prepared to be entirely flexible about my start date, and the support I continued to receive from my manager after starting my new job was extraordinary. She offered friendship, understanding and sympathy. There were many tearful episodes, many outside work hours, which she patiently talked me through. This helped me to keep moving forward.

I like to think that I was able to make a solid contribution in my new role, despite the maelstrom of emotions consuming my out of work hours. Indeed, the workplace became a kind of refuge. Somewhere where my inner turmoils needed to be placed aside in order for me to function as a ‘normal’ person. Clinging on to a semblance of the ‘old’ me.

Just 14 months into this new career, gradually finding a new way forward following the loss of a marriage and a much loved parent, it was announced that our organisation was to be closed, with the loss of hundreds of jobs. My supportive manager left pretty much immediately. I waited, and grasped with relief, a new opportunity offered within a different kind of organisation, and a different kind of manager. 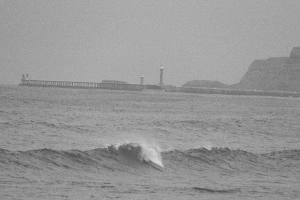 6 months later, a week before Christmas, and just 4 years after my divorce, I had to deal with the shocking news that my ex-husband, who I still was very much in love with and working towards a reconciliation with, had taken his own life.

The funeral took place in the same church as my marriage. The wake was at the same venue as our wedding breakfast, and the majority of the congregation, family and close friends, had been at our wedding. My feelings were as a widow, rather than divorcee. It was again an indescribably painful and heartbreaking experience.

Returning to a new work situation after the funeral, this time without the support I had been so lucky to receive at the time of my Mum’s death, was far more of a challenge than I could have anticipated. No-one was properly aware of my situation.

The funeral was viewed as a sad event, but no significance was attached and I was pressed to return to work within a couple of days. I didn’t share my emotions, not feeling the opportunity was there for me to do so. My manager didn’t follow up on my absence to ask how I was coping. Within 6 months, the result was an emotional breakdown. I had to take extended leave of absence and work through several hours of exhausting and emotionally draining counselling to overcome my ‘compacted grief’. As far as my relationship with my new employer was concerned, for me the damage was done. I returned to work after the counselling, but within 3 months I tendered my resignation in favour of looking for a job with an employer with a more caring and responsible attitude to its employees.

Today, reflecting on my experiences, I can see how critically important the support of an empathetic and understanding manager is. Clearly from a personal point of view, the impact on the employee being so individual and potentially destructive, but also from an employer’s standpoint. Bereavement is inevitable for all of us at some point. Employers have a duty of care towards their employees, but any employer worth working for should wish to support its employees to minimise the negative impact on mental health and facilitate a return to full performance potential as quickly as possible. To achieve this, most managers are likely to need support to be able to manage emotional well-being at such a vulnerable point in a person’s life.